The building is named for Jean Baptiste Lamy (1814-88), Roman Catholic archbishop in the U.S. Southwest. Lamy was born in France and was ordained in 1838 after doing missionary work in southern Ohio. He was sent to New Mexico in 1850 as vicar apostolic. He was responsible for the establishment of the first school for teaching English in Santa Fe, and he brought nuns and priests from France and the eastern states to establish other schools. He was ordained as bishop in 1853 and archbishop in 1875. He worked until 1885 in his vast region, which included present-day New Mexico, most of Arizona and parts of Utah.

The Lamy and the Lew Wallace buildings were once dormitories for St. Michael’s School. The state of New Mexico acquired the properties from St. Michael’s in the late 1960s. 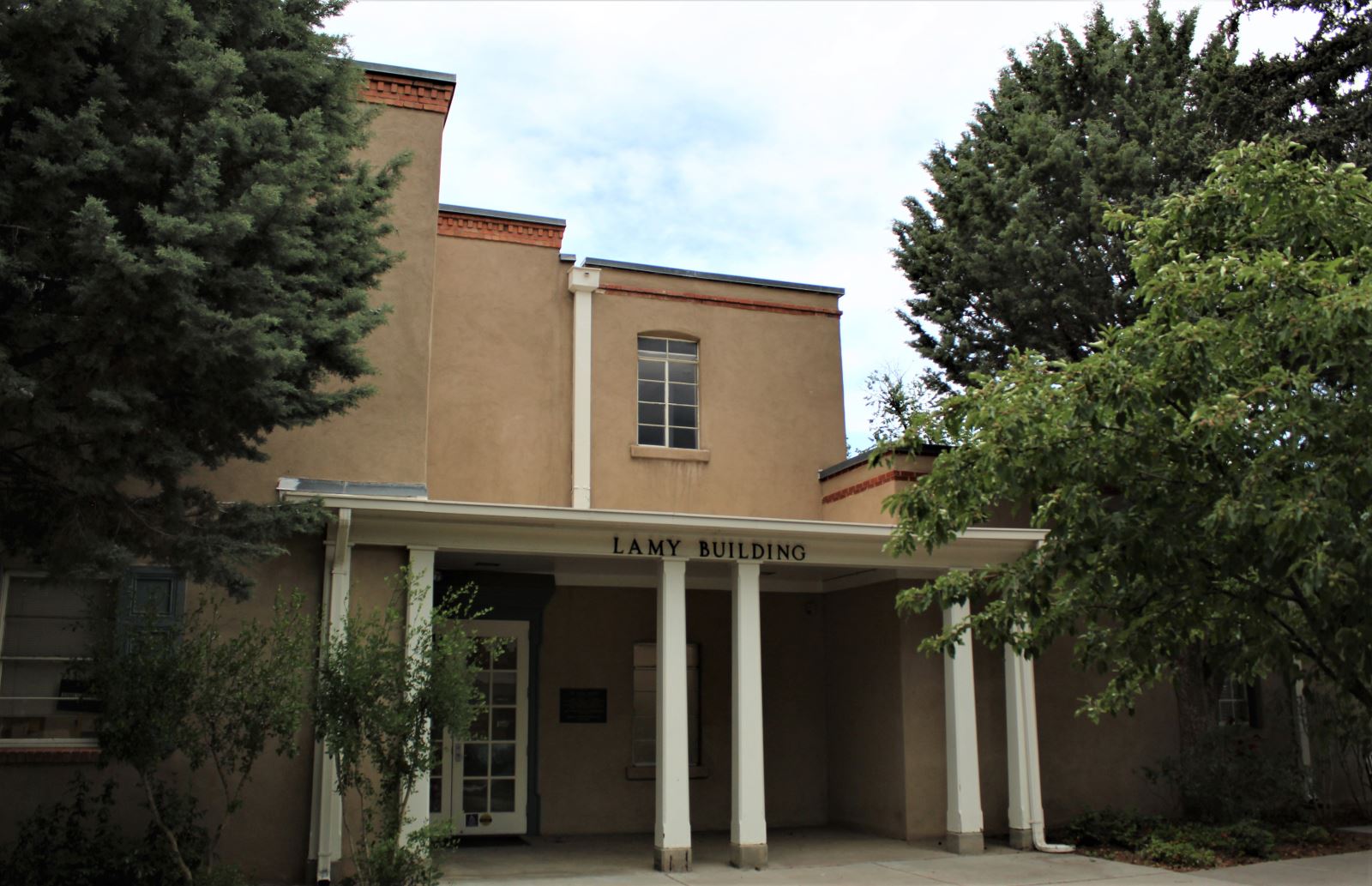