The building is named in memory of those who served in the 200th Coast Artillery (regiment) of the New Mexico National Guard during World War II. In April 1942, the regiment members, other U.S. soldiers and Filipino troops fought a courageous but losing battle in the Philippines. The story of the regiment reached its climax with the horrors and atrocities of the 65-mile “Death March” from Mariveles to San Fernando. This infamous march was followed by 40 months in prisoner of war camps. Of the 1,800 men in the regiment, fewer than 900 made it home. A third of those who returned died within a year from various complications. 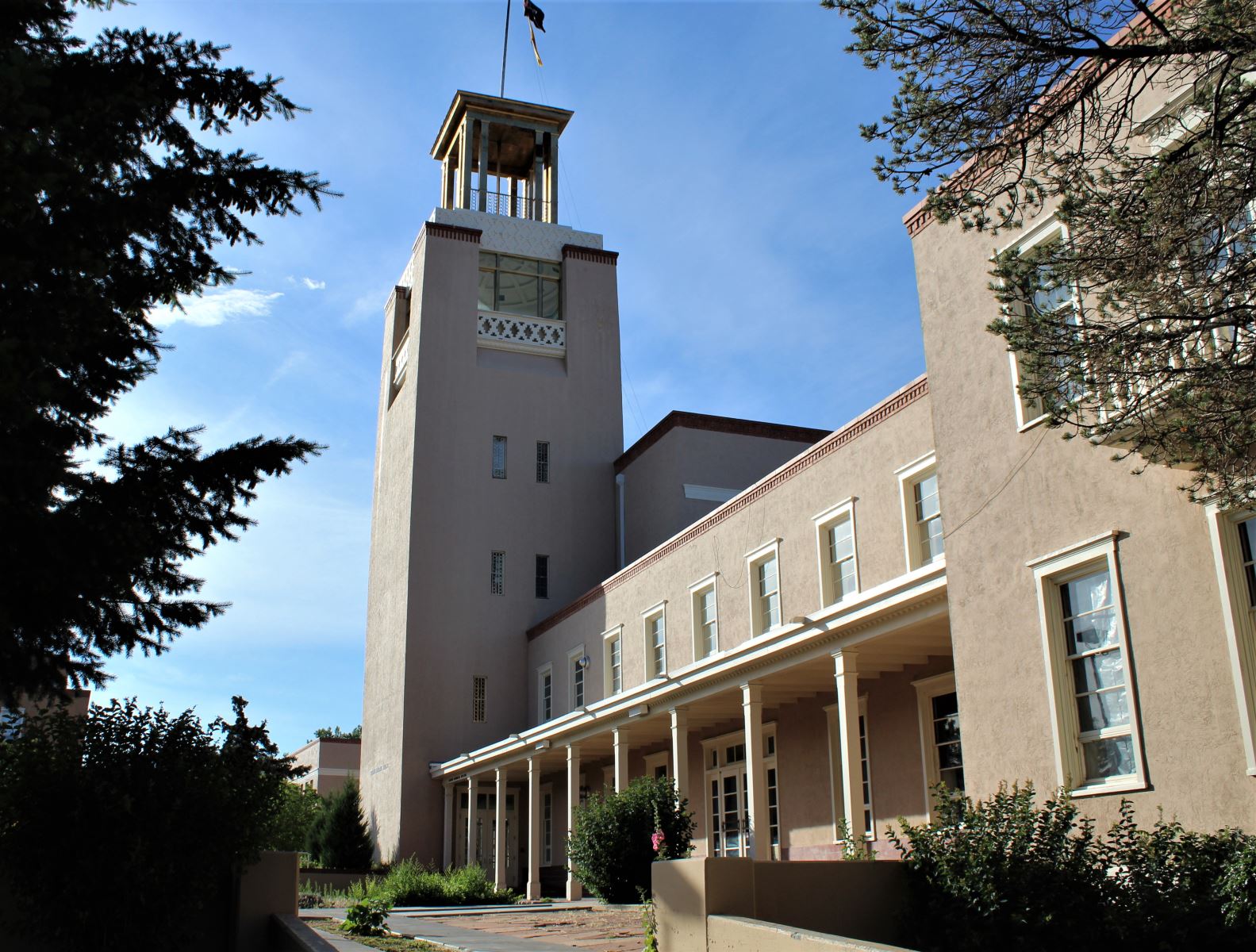