The state of New Mexico purchased this building from the National Education Association in 2003. Concha Ortiz y Pino was born in 1910 in Galisteo. Her formal education began at Loretto Academy and continued at the University of New Mexico and George Washington University in Washington, D.C.

In the 1930s, Ortiz y Pino began working to revive New Mexican folklore, arts and crafts, both to renew public interest and provide artisans with the possibility of earning money. Ortiz y Pino was elected to the state Legislature in 1937 and served until 1942. She was the first woman to become a majority whip in the Legislature. She advocated for bilingual education for children and better relations with Mexico.

Ortiz y Pino married Victor Kleven in 1943 and ran the family ranch in Agua Verde for several years. She remained active in political and civic affairs after leaving the Legislature and died in 2006. 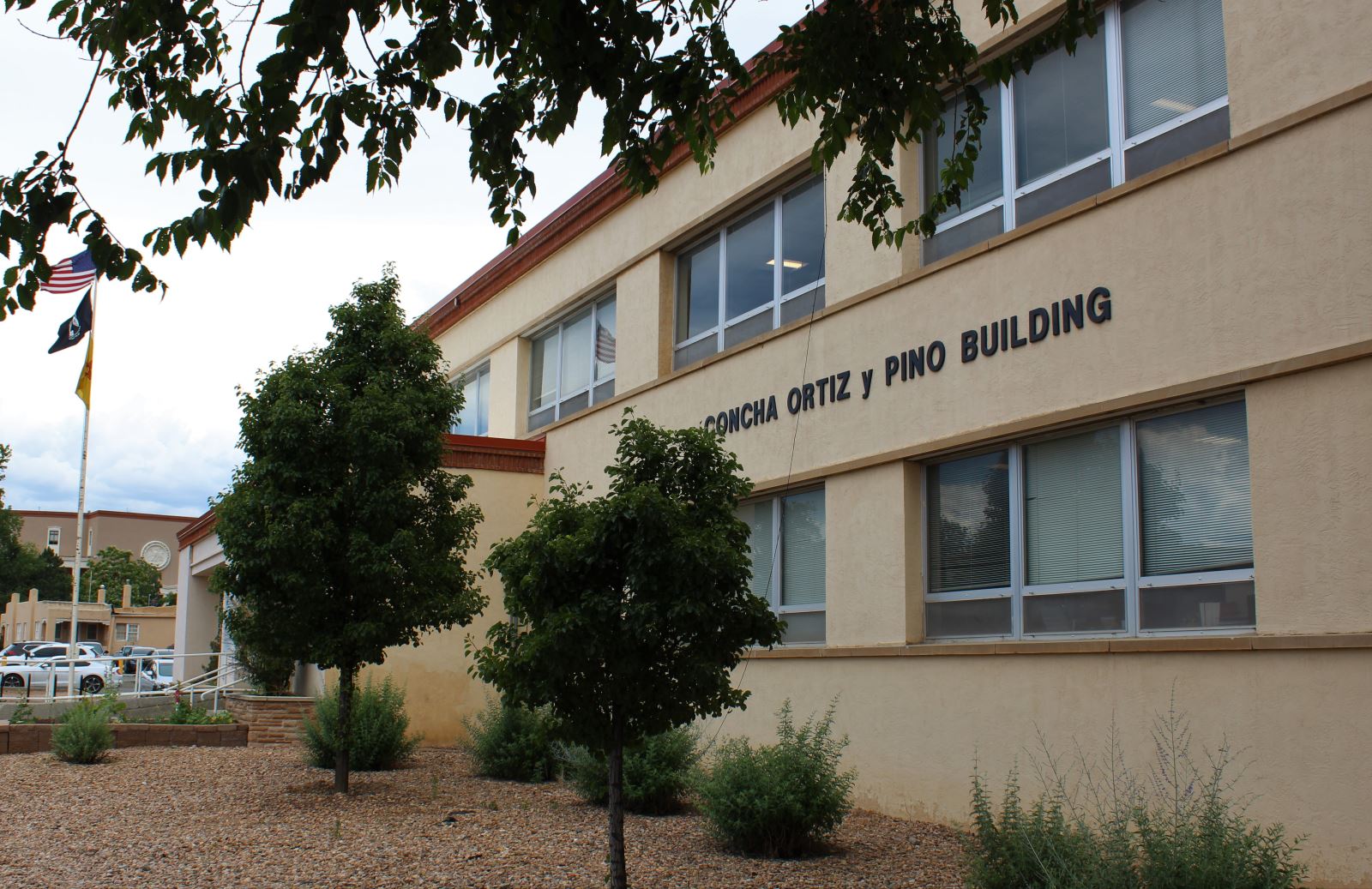